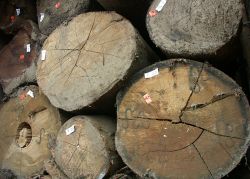 The tree has forever been a symbol of life. Indeed, life began with plants, and they are mans vital resources. Present on almost all lands for over 375 million years, they have adapted to the natural dynamic of their environment. Half the planets forests were destroyed in the twentieth century, and deforestation has now taken on shocking new proportions over the last few decades. Today, more than 13 million hectares disappear each year, which adds to global warming and threatens the worlds biodiversity.

Lung of Southeast Asia
As the lung of Southeast Asia, the Indonesian forest originally covered more than 80 per cent of the archipelago. As the third largest tropical forest in the world with over 105 million square hectares, it is also one of the most endangered. Second only after Brazil for forest destruction, Indonesia fells almost 1.8 million hectares of forest each year. In 30 years the country will have lost more than 40 million hectares of forest, half of which are on Sumatra alone. The main causes of deforestation in Indonesia are industrial activities like coal mining and agricultural activities like the illegal exploitation of forests for wood pulp and palm oil. The carbon produced by forest erosion puts the country in the top ten of the worlds largest emitters and among the first accountable for global warming.

Besides stopping carbon emissions, fighting against deforestation could also protect water supplies for the country and improve its inhabitants way of life while saving endangered animal species like the Sumatran tiger and the last orangutans on the planet. To respect his commitment to reducing Indonesias greenhouse gas emissions by 26% by 2020, Indonesian president Susilo Bambang Yudhoyono signed a two-year moratorium on land-clearing permits. However, this moratorium is constantly violated. Without monitoring, deforestation could reduce forests and peat bogs down to just 4% of the territory within ten years. As a connection between the sky and earth, roots symbolize mans natural aspiration to ascend, but also his attachment to ancestral energies. The teak tree stumps carved by Mikaël Obrénovitch bear witness to the duality found in every society of developing at all costs without regard to the earth that feeds us. They are a message to remind us that threatening the tree of life endangers all mankind.