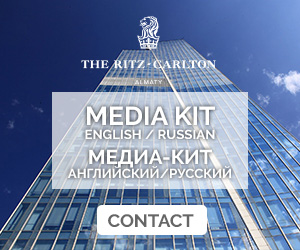 NEWSLETTER
Elevation - Soul of the Kazakhstan 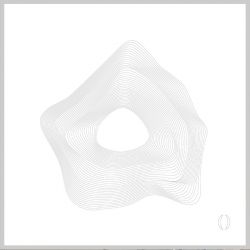 Elevation is a collection of 9 artworks inspired by the famous mountains of Kazakhstan. Belukha, Khan Tengri and Pik Talgar are places we only dream of, engraved in Kazakh spirit and history. It is an open invitation to travel and explore, and the reason behind the artist s choice to focus on the natural element, to showcase the simplicity and beauty of this incredible country.

The artist draws a vector line of each mountain from plan elevation curves, adding a filter to create an abstract drawing effect like a finger print. The result is elegant and minimal, and is a limited signed series printed with pigmented inks on pure rag Fine Art paper.

There s a world out there, and you have got to look at both sides of the mountain in your lifetime.
Bill Janklow 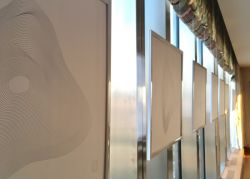 The Ritz Carlton, Almaty is honor to present 9 digital artworks by French artist Mickael Obrenovitch from his exclusive "Elevation" collection. The exhibition is currently open to the public at Vista restaurant and can be visited from July 1 to September 1, 2017.
#obrenovitch #ritzcarltonalmaty #elevationkz #rcmemories #almaty

Steppes and mountains of Kazakhstan create a unique landscape of the country. Mountains, being either low or high, contribute to the beauty of Kazakhstan nature. It has been a historical "crossroads" and home to numerous different peoples, states and empires throughout history.

Kazakhstan is located in Central Asia and Eastern Europe and is more than twice the combined size of the other four Central Asian states, or about twice the size of Alaska. 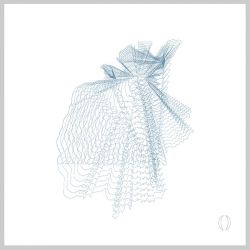 The Aral Sea was an endorheic lake lying between Kazakhstan in the north and Uzbekistan in the south. The name roughly translates as "Sea of Islands", referring to over 1,100 islands that once dotted its waters.
Formerly one of the four largest lakes in the world, the Aral Sea has been steadily shrinking since the 1960s after the rivers that fed it were diverted by Soviet irrigation projects.

By in 2014 revealed that for the first time in modern history the eastern basin of the Aral Sea had completely dried up. The eastern basin is now called the Aralkum Desert.